Currently, Cambodia's imports are mainly from China, but in the future, China may open up direct imports of Wagyu beef, and the price of Wagyu beef is expected to increase by 50-100%. Frozen Wagyu beef can be kept for nearly two years. Importing Wagyu beef in advance will significantly reduce the cost of sales in the future and ensure a stable supply of goods in the future.

Wagyu beef has a higher content of unsaturated fatty acids, such as omega-3 fatty acids and omega-6 fatty acids, and has lower health risks (such as coronary heart disease) and better taste than beef with the same fat ratio. The only thing that remains the same is the care and love that Japanese farms show for their Wagyu beef.

It is common knowledge that butter melts when it is heated, but in general, the fat and meat of beef are separated. Wagyu beef breaks this rule, and the even oil bloom presents a melt-in-your-mouth texture.

The A5 grade Wagyu beef has a similar texture to tuna belly due to the even distribution of fat and lean meat. The melt-in-your-mouth taste and high standard of care guarantee the health and safety of raw beef; the delicious taste is the reason why gourmets are so enamored with Wagyu beef.

Different grades of Wagyu beef can be prepared in different ways, from the traditional Japanese barbecue, teppanyaki, Wagyu beef sushi, etc., to European and American cooking methods, such as cooked, oil-sealed, tartare beef, etc., to hot pot, beef noodles, Turkish kebab... It is versatile and takes the taste to the next level, providing top consumers with a new and luxurious feast for the palate.

Exports of beef produced in Japan in 2019 reached a record high in terms of both volume and value. Over the past 10 years, the amount has increased 8.7 times and the quantity has increased 8 times. With rising income levels in Asian regions such as mainland China, the consumer base for Japanese-produced beef has expanded to the middle and upper income brackets. The demand for not only brand-name beef but also moderately priced beef is increasing, and therefore the export unit price has been declining for three consecutive years. 2020 will see the lifting of the ban on exports to China in addition to the U.S., and the demand for Japanese beef exports is expected to be strong.

The price of Japanese wagyu beef has fallen since March of this year (2020) due to the impact of the new pneumonia epidemic on the global industry, and the situation will continue until September. However, with the agreement signed between China and Japan in April this year, Japanese Wagyu beef is expected to be imported directly to China in the future, and the focus of Japanese Wagyu beef sales will gradually shift to China at that time. With the stable demand and reduced supply in Taiwan, it will be difficult to obtain Wagyu beef at affordable prices in the future.

The wholesale price of Wagyu beef in Tokyo (A4), an indicator of the price of Wagyu beef, was affected by the emergency declaration issued in April and the evaporation of Japanese food and beverage demand due to a decline in foreign tourists visiting Japan. However, there were signs of stagnation due to the resurgence of the epidemic and low demand during the Bon holiday. However, Wagyu beef prices began to rise rapidly after the long holiday in September and were 2,326 yen per kilogram by early October, recovering to a level that was only 2% lower than the same period the previous year.

He has been a cattle farmer since 1970. Every morning, he says "Good morning" to each cow. It is our philosophy to treat each animal with love. The rich natural environment, the climate of Kagoshima and the passion of the cattle breeders have produced the "Nakayama Black Cow", a Japanese black cow from Kagoshima, which we are proud of. Nakayama Cattle Farm has won the championship in both the 2019 and 2020 Wagyu Cattle Competitions and was also awarded the title of "Product of the Year".

In order to produce the best beef
We pay special attention to "feed".

We feed our cattle a special mixture of more than 15 different ingredients and brewer's yeast, which is safe and secure, and we pay more attention to the taste and quality of the meat.

One of the characteristics of "MOMO Nakayama Late" is the extensive use of heated soybeans, soybean flour, soybean hulls, sesame flour, yeast strains, pineapples, sugarcane bagasse flakes, and other ingredients that can enhance the quality and flavor of meat. The high content of glutamine and alanine in these feeds has resulted in unprecedentedly delicious Wagyu beef.

A top grade feed made from more than 15 different ingredients and brewer's yeast blended by a 50-year veteran cattle owner, wholeheartedly focusing on beef taste and quality improvement, absolutely safe and healthy. The meat has a high oleic acid content and low melting point, so it melts easily and does not leave any fat in your mouth, which is widely popular among women!

Located in Kagoya City, Kagoshima Prefecture, the cool breeze of 17°C blows across the vast liver plains. Generally, Kagoshima's black hair Wagyu cattle come from different cattle breeders in different areas, and the environment and quality management vary. In Zhongshan Black Hair Wagyu cattle breeding area, all cattle are raised under a uniform high standard environment. In this way, from the breeding environment to the quality of feed, all can be strictly controlled. We not only introduce advanced automatic equipment, but also ensure that the barns are clean and odor-free at all times, bringing the cattle the healthiest living environment.

Takazumi Mountain Clear Water: The rich clear water that flows from the majestic Takakuma Mountain 150 meters deep underground to the Kagoshima Hepatic Plain all year round provides cattle with abundant mountain spring water all the time.

Our raw feeds are rich in enzymes, and Wagyu cattle feeds are also rich in plant minerals, and rich in trace elements and microbial enzymes, which play an important role in fermentation cycles.

After the customer selects the cattle and confirms the condition of the cattle, the slaughter process will begin.
The cattle will be sent to the slaughterhouse designated
by the Japanese government for slaughter and meet high hygiene standards.
After the meat is cut, it is sorted and marked with the expiration date and shelf life of the meat
as well as the record of the identity of the slaughterhouse.
After the meat is finished, it will be stored in a refrigerated environment and sent to the port for shipment.

According to the statistics of the Ministry of Finance, Taiwan imported Wagyu beef with a market value of more than $370 million during the three months of opening in 2017; the import volume for the whole year of 2018 was recorded at more than $1.1 billion; and the registered amount for 2019 is $1.07 billion. 2020, despite the impact of the epidemic, the output value of Japanese Wagyu beef imported by Taiwan in the first half of the year has reached $420 million, which shows that Taiwanese consumers The enthusiasm of Taiwanese consumers for Japanese Wagyu beef is evident.

The difference in diet has created a preference for different grades of Wagyu beef in different regions. Generally speaking, Asian customers prefer A5 grade Wagyu beef, which is rich in grease and has a uniform distribution of beef and fat, with China and Taiwan being the main import markets. In contrast, European and American customers prefer A3 and A4 grade Wagyu beef because of its rich meat, more solid taste and moderate fat content, while the too greasy A5 beef is not their first choice.

An environment beyond the so-called organic farm

The barn is located in Kagaya City, Kagoshima Prefecture, on a wide area of hepatic flatlands. The average temperature is 17 degrees Celsius, 5 minutes by car from Kasahara IC. The barn is always clean and odor-free.

There are 30 barns with more than 6,000 cows. To prevent disease outbreaks, livestock farmers and the general public are not allowed to enter the barns under normal circumstances. In addition, various facilities and equipment are used, including a state-of-the-art loop composting system and an automatic feed feeding system, to ensure that the black cattle are well fed.

The water source is groundwater pumped up from 150 meters below ground from the majestic Takakuma Mountain, which seeps into the hepatic hirano over the years. In summer, a fine mist is created to cool the interior of the barn.

Because Wagyu excrement contains a lot of organic matter, it decomposes slowly, making it easier for fresh air to enter the soil, thus making the soil more permeable, and also making it easier for water to pass through, improving water retention. Rather than being a fertilizer, it can be used to improve the soil, which is beneficial to maintain and improve soil fertility, activate microorganisms, make the soil soft and fluffy, and make it easy for plants to take root, so it is suitable for soil improvement materials. The fertilization effect is moderate, suitable for leaf and fruit crops.

Kagoshima Beef Team won the personal award for 6 years in a row:

2020/09/09 22:00
At the 44th "Kyushu Kuchinai System Wagyu Beef and Beef Meat Co-Conference", JA farmers from eight prefectures in Kyushu and Okinawa competed in a fattening technology competition, and Kagoshima Prefecture won the team championship for the fifth consecutive year. The individual gold medal (Minister of Agriculture, Forestry and Fisheries Award) was awarded to Ushiyuki Nakayama of Kamiya City, the sixth consecutive year that the prefecture has won the gold medal.
A total of 134 Wagyu cattle from each prefecture participated in the competition, with 17 cattle from each prefecture. All 17 Wagyu cattle from Kagoshima Prefecture were graded A5, the highest grade, with an average BMS of 11.82 and a maximum of 12, two grades higher than last year.
Mr. Takashi Nakayama (69), a representative from Nakayama Co., Ltd. said, "I have been raising cattle for 45 years, but this is the award I have been seeking for a long time. I am grateful to my family and employees, and I hope to continue to be a producer who can bring out the full potential of cattle.
This is the result of all the farmers' efforts," said Yutaka Kuriki, general manager of the beef cattle division of the Japan Agricultural Cooperative Association. This result has brought vitality to Kagoshima.

The type of nasal pattern is influenced by both genetic factors and acquired individual differences. Of course, not all cattle are identified by their nasal pattern, with the exception of Holstein cows, which are usually registered not by their nasal pattern but by the pattern on the left side of their bodies, as they carry more easily identifiable black and white markings.

Catalog of inlet parts and photos of the parts 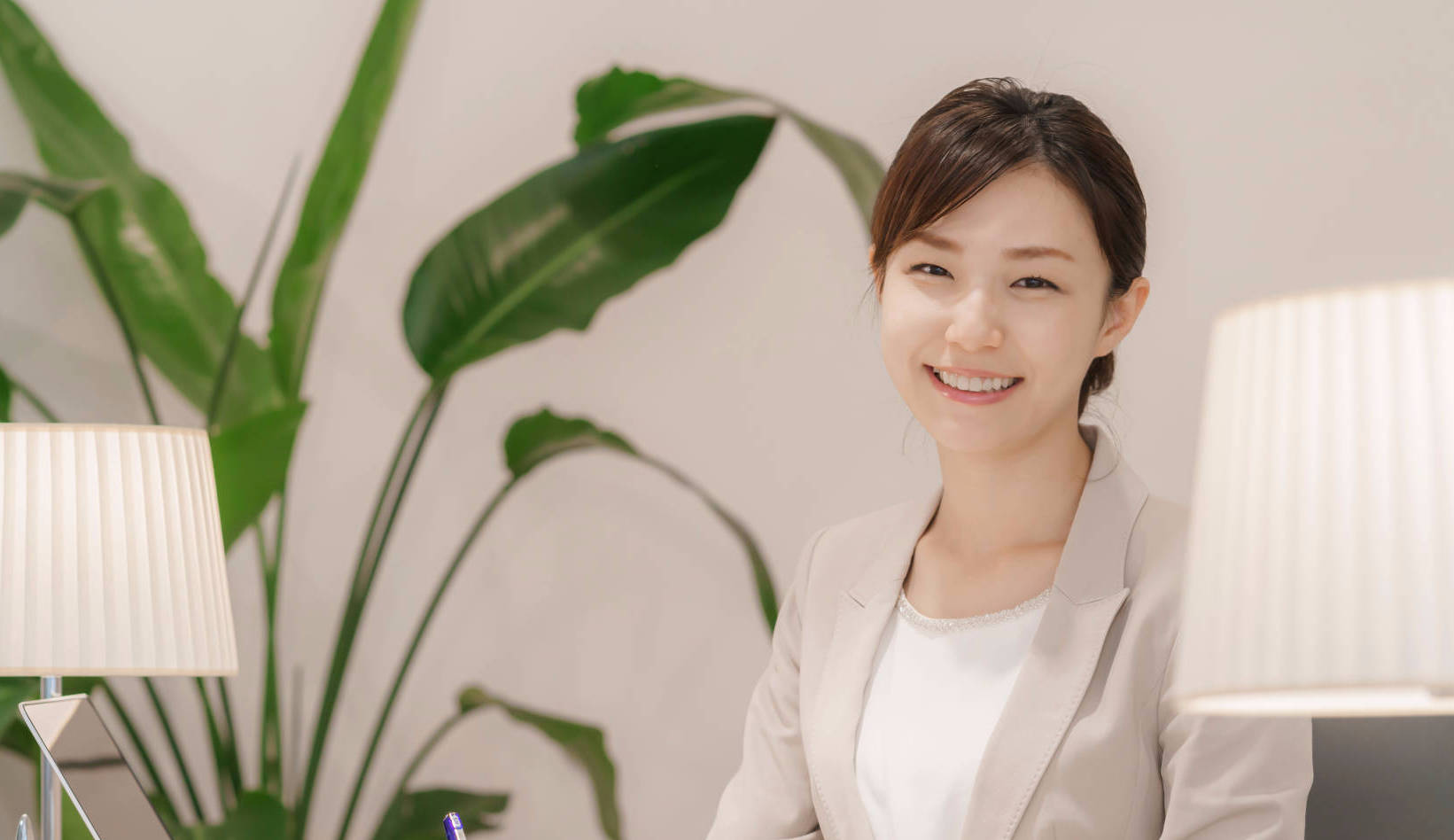